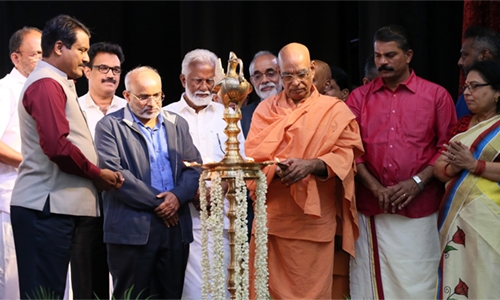 The Bahrain Keraleeya Samajam (BKS) honoured a prominent Indian spiritual leader at a grand reception at its premises in Segaiya yesterday.