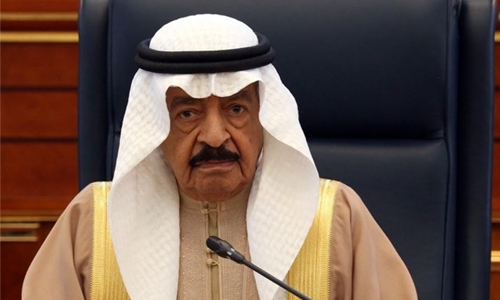 His Royal Highness Prime Minister Prince Khalifa bin Salman Al Khalifa has been granted the ‘Norwegian Guest of Honour’ award 2019 by the 14th August Committee of Norway, in recognition of his efforts to promote regional and global peace, security, tolerance and harmony.

The prestigious award was granted during a ceremony held in the Norwegian Capital, under the patronage of Norway’s Prime Minister, Erna Solberg, and in the presence of Cabinet Affairs Minister, Mohammed Al Mutawa, the Chairman of the ‘HRH Prince Khalifa bin Salman Al Khalifa Award for Sustainable Development’, Shaikh Hussam bin Isa Al Khalifa, in addition to an elite of Norwegian personalities and officials.