Waiting for the aquacalypse | THE DAILY TRIBUNE | KINGDOM OF BAHRAIN 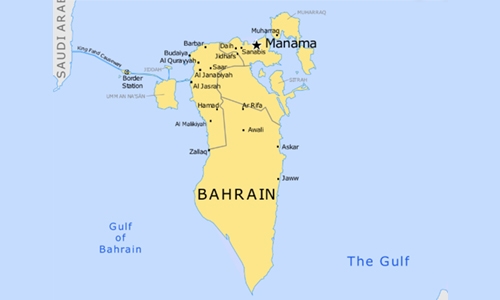 Imagine a day in the future where people are fighting over access to water! Years ago such a crisis was unthinkable to most of the world.

The reality, however, is that with each passing day, climate changes and population growth are pushing our globe closer to this post-apocalyptic-sounding “water wars”.  The Middle East and North Africa region, which includes Bahrain, is in the danger of making this scenario a reality very soon if steps are not taken to prevent them.

The warning is aired by the Water Risk Atlas of World Resources Institute which paints a disturbing picture of the future ahead where the world’s population are close to “day zero” conditions when the taps run dry.  Nearly a quarter of the world’s population lives in 17 countries facing extremely high water stress, according to the report.

The reasons for these crises go far deeper than drought: Through new hydrological models, WRI found that water withdrawals globally have more than doubled since the 1960s due to growing demand – and they show no signs of slowing down.

According to the report, 12 out of the 17 most water-stressed countries are in the Middle East and North Africa where climate change is set to complicate the matters further. Qatar, Israel, Lebanon, Iran, Jordan, Libya, Kuwait, Saudi Arabia, Eritrea, UAE, San Marino, Bahrain, India, Pakistan, Turkmenistan, Oman and Botswana made up the top 17.

“The region is hot and dry, so water supply is low, to begin with, but growing demands have pushed countries further into extreme stress,” the report says.  In the 17 countries facing extremely high water stress, agriculture, industry, and municipalities are drinking up 80 per cent of available surface and groundwater in an average year.

“When demand rivals supply, even small dry shocks – which are set to increase due to climate change – can produce dire consequences” such as the recent crises in Cape Town, Sao Paulo and Chennai.  Another 27 countries comprised the “high baseline water stress” list and a full list can be found here: https://www.wri.org/our-work/ project/aqueduct/

project/aqueduct/ The Middle East and North Africa are home to 12 of the most stressed countries, while India, which is ranked 13, has more than three times the population of the other 16 in its category combined. The World Bank found that the Middle East has the greatest expected economic losses from climate-related water scarcity, estimated at 6-14pc of GDP by 2050.

There is a way out!

Yet there is a way out, the report says, pointing to an untapped opportunity to boost water security in MENA despite being the most water-stressed region on Earth.  “About 82 per cent of the region’s wastewater is not reused,” the report finds recommending that “harnessing this resource would generate a new source of clean water.”

About 84pc of all wastewater collected in Gulf Cooperation Council  countries (Bahrain, Kuwait, Oman, Qatar, Saudi Arabia and the United Arab Emirates) is treated to safe levels, but only 44pc goes on to be reused.

Leaders in treatment and reuse are  already emerging: Oman ranked #16 on the list of water-stressed countries, treats 100pc of its collected wastewater and reuses 78pc of it.  The report also points out several examples to follow which includes that of the new Qatrah (“droplet” in Arabic) programme launched by Saudi Arabia aiming to reduce water usage by 43pc within the next decade.

Saudi Arabia, which has a population of about 33.4 million, is the world’s third-largest per capita consumer of water after the United States (pop. 324.5m approx.) and Canada (pop. 37.2m), according to the Qatrah website. Through the Qatrah programme, the Ministry of Environment, Water and Agriculture aims to reduce daily per capita consumption from 263 litres to 200 litres by 2020 and 150 litres by 2030.

Namibia, one of the most arid countries in the world, has been turning sewage water into drinking water for the past 50 years. And Australia nearly halved domestic water use to avert its own Day Zero moment during the Millennium Drought. The country’s water-trading scheme, the largest in the world, allows for the smart allocation of water among users in the face of variable supplies.

Even countries with low average water stress can have dire hotspots, the report found. While the US ranks a comfortable 71 on the list, the state of New Mexico faces water stress on par with the UAE.