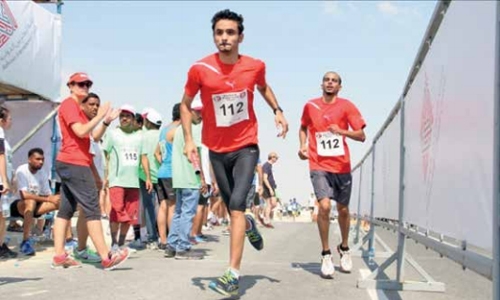 Bahrain is second-healthiest country in MENA

Bahrain has surpassed many others in the Middle East and North Africa to become the second healthiest country, after Oman, in the region. The ranking is according to the Global Wellness index which places Bahrain among top 25 countries in the world. Published by LetterOne, the report showers a bright view on Bahrain’s success in maintaining good health with a rank of 24 on the list of 151 countries.

Only two countries from the Middle East and North Africa region were included in the top 25 list. Oman was the top ranking MENA country, coming second in the index. Asia dominated the top 10 spots with the inclusion of the Philippines (4), the Maldives (5), Singapore (7), Laos (8), South Korea (9) and Cambodia (10). The Index is one of the first comprehensive global wellness indices to be published, covering over 150 countries, compared to the existing OECD index, which aggregates data from fewer than 50 countries.

The Indigo Wellness Index draws on findings as diverse as the World Health Organisation, the World Happiness Report, and public health data. “A striking observation is the finding that while rich countries tend to lead the Index, there are many emerging economies that are doing better than advanced nations. This reflects the huge increases in life expectancy in these countries in recent years, and the poor scores for depression and obesity that advanced countries like the United States receive,” the report stated Canada scores highest in the ranking, with Iceland, the Netherlands, Norway and Sweden also coming near the top – whilst the UK only ranks at 16.

The US and Japan scored surprisingly low, and sit outside the top 25, held back by poor scores on obesity and blood pressure. The UK, with the fifth highest GDP ranking globally, comes in at 16th place, while the Maldives comes in at fourth place despite having a lower GDP ranking of 169th place.

UN pushes countries to crack down on terror financing