Worry over ‘mysterious project’ | THE DAILY TRIBUNE | KINGDOM OF BAHRAIN 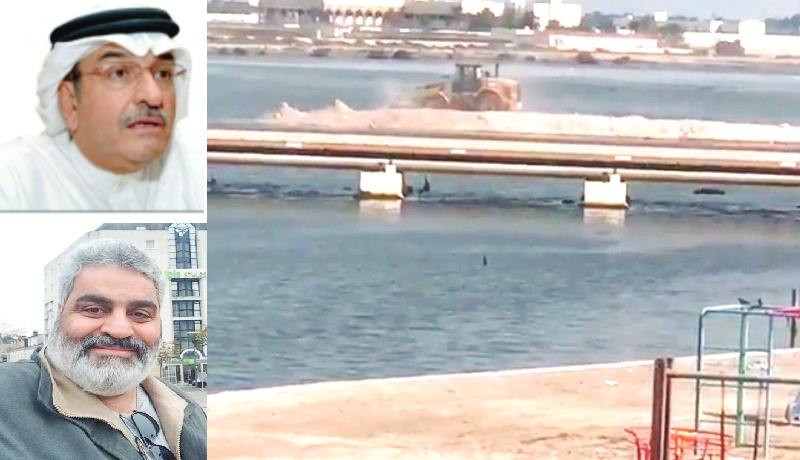 Experts have warned of an environmental crisis at a natural reserve, located on the southern borders of the Capital Governorate.

This was first reported after a number of Ma’ameer residents were shocked to see bulldozers at work to block the southern parts of Tubli Bay, also known as Ma’ameer canal.

With approximate width of 20 meters and length of 635 meters, the canal is considered the only passage for seawater into Tubli Bay from the southern side.

Tribune spoke to Capital Secretariat Council Deputy Chairman Mazin Al Umran about the matter. He confirmed that the closure of the channel comes as part of implementing a private project of Bahrain Petroleum Company, Bapco.

Mr Al Umran denied the claims of the area’s former municipal council member Radhi Aman, who had alleged that the project was being carried out without informing the public and the Capital Secretariat Council, earlier known as municipal council, wasn’t aware of the project.