Social Media and Our Free Will: The Paradox of Innovation | THE DAILY TRIBUNE | KINGDOM OF BAHRAIN 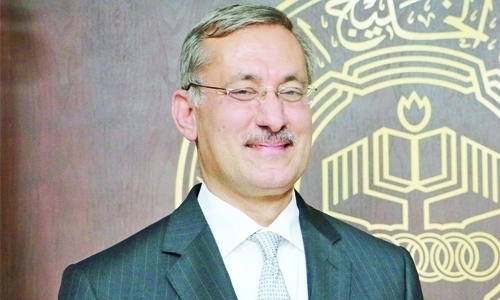 Why people visit a certain site or use a special platform on social media? Humans are intrigued by numbers to convey an objective argument and support a rational decision. However, numbers have an intoxicating power. However, policy makers who base their decisions on utilitarian thinking are likely to be biased as explained by Cathy O’Niel in her book “Weapons of Math Destruction”. She highlighted the fact that decisions like employee evaluation, medical diagnosis, or hiring policy which will be made by machines may suffer from an algorithm-driven injustice. Specifically, in UK, about 5 million Brits used an App called “iSide With” to help citizens elect the best candidate. There is a risky global trend of “moral singularity” which explains why we delegate moral and political decisions to machines. Every one of us is reduced to a data point in the digital era.

By 2020, it is expected that about 50 billion internet-enabled devices that can compile data from cars, clothes and books. Smart homes can identify user behavior and preferences in terms sleeping and reading habits and type of food. Your auto-set alarm knows your meal, travel route, your personal AI assistant (like Siri) will tell you what to say in a business deal. The New Big Brother or Panopticon means that there is a machine that constantly watching you 24/7 and can generate added-value from data. For example, Google, Twitter, Facebook and Instagram, and not only technology-based firms but rather advertisement firms where about 90 per cent of their revenues are generated from advertisement.

Paradoxically, social media help people live a new age of narcissism. It seems to me that the success of Facebook may be explained by the human psyche where people like to gossip and watch each other. Social media tools intend to maximize users’ experience by inviting the user for more clicks to convey a sense of a virtual community and identity. The number of “Like” represents a social validation test that that can predict personality traits. Mark Zuckerberg understood the human psychology and designed a value proposition for a new business model to leverage data.

What is risky in the era of Data-ism is the scale of human vulnerability.  This era of data-ism is beyond human capacity to comprehend and analyze. Algorithms will be a central part of our economy where they will determine what we eat, where we shop and where to spend a vacation. But, Facebook does not collect data for fun, they are partners with “data brokers” like Acxiom where each person is a data point with detailed description on his/her preferences, positions and views. In sum, in the new digital era and social media, every citizen is under the microscope and under constant self-censorship since digital technology never forgets. The challenge remains how to preserve human moral judgments and the right of human to be “let alone”.

(The views and opinions expressed in this article are those of the author and do not necessarily reflect the policy or position of this newspaper.)

Join Hands To Push China-Bahrain Relations On A New Level