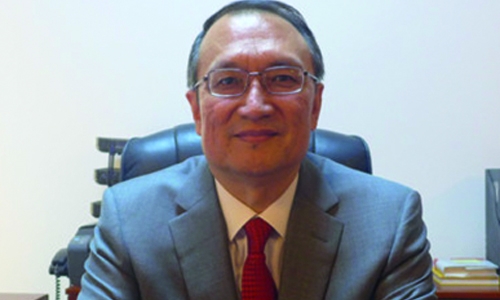 Join Hands To Push China-Bahrain Relations On A New Level

An Wa’er, Chinese Ambassador to Bahrain
bahrain May 09, 2018

The past year of 2017 witnessed the 19th National Congress of the Communist Party of China, which marked a new era in socialism with Chinese characteristics. At this Congress, a general goal was set for China’s diplomacy - to foster a new type of international relations and to build a community with a shared future for mankind; a two-stage blueprint for a modern socialist China was drawn up; and China’s commitment to working with other countries for a bright future was fully demonstrated. At the first session of the 13th National People’s Congress of China that concluded in March 2018, more detailed plans were made for China’s development. China is now in a new era of development and at a new historical starting point.

The year 2018 marks the 40th anniversary of China’s reform and opening-up policy and the first year following the 19th CPC National Congress. China will follow the guidance of Xi Jinping Thought on Socialism with Chinese Characteristics for a New Era, stay committed to peaceful development and make new progress in major country diplomacy with Chinese characteristics. China will remain committed to opening up as a fundamental policy and a mutually beneficial strategy. China will stay actively engaged in reforming and developing the global governance system to make economic globalization. China will work on the Belt and Road Initiative by implementing deliverables of the first Forum. China will host a number of events like the annual conference of the Boao Forum for Asia, the Summit of the Shanghai Cooperation Organization, the Summit of the Forum on China-Africa Cooperation, and the China International Import Expo to add momentum to the trend of openness and development. China will uphold justice while pursuing shared interests for greater solidarity and cooperation with other developing countries. China will add new dimensions to our cooperation mechanism with Arab countries to keep the mechanism vibrant in changing circumstances.

I feel proud to be the new Chinese Ambassador to Bahrain and I am also keenly aware of the great responsibility on myself. Friendship between China and Bahrain dates back to ancient times and will be everlasting. Since the establishment of diplomatic ties, especially since H.M.King Hamad’s state visit to China in September 2013, our bilateral relations have kept favorable momentum of development. Under the guidance of President Xi Jinping and H.M.King Hamad and the joint efforts of our two peoples, the high level exchanges have become more frequent, mutual trust has been constantly strengthened, economic cooperation has been greatly promoted, cultural and educational exchanges have achieved great success. China and Bahrain have become a friendly partner of mutual understanding and trust, a cooperative partner of win-win result and a respectable partner of learning from each other and mutual benefit. To further strengthen and promote the friendly cooperative relations between China and Bahrain will not only bring benefits to our two peoples, but also promote the strategic cooperation between China and GCC countries, and safeguard the regional peace, stability and prosperity.

Bahrain is an important cooperative partner of China in the Gulf. In recent years, under the strong leadership of H.M.King Hamad, Bahrain has enjoyed political stability, social harmony and rapid economic growth. As Bahrain’s good friend and partner, we feel truly happy for your achievement. This year also marks the 40th anniversary of China’s reform and opening-up. Four decades of relentless efforts have turned China into the world’s second largest economy with annual GDP in 2017 exceeding 12 trillion US dollars, contributing over 30% to global economic growth. China’s development will benefit not only its people but the rest of the world. As China entered a new era, the development of China and of Bahrain as well as the development of China-Bahrain bilateral relationship are faced with tremendous opportunities.

As the new Chinese Ambassador to Bahrain, I will unite with the joint efforts of all the diplomats of my mission and all my Bahraini friends, to enhance all-around friendly cooperation between China and Bahrain, which leads to constant mutual benefit achievement, and consolidates the foundation of bilateral friendly public opinion and social consensus. I do believe that the comprehensive cooperation between China and Bahrain is bound to face great and historical opportunity, especially with the synergy of the Belt and Road Initiative and Bahrain’s Economic Vision 2030. I firmly believe that our bilateral friendly cooperative relations will enter a more beautiful new era!