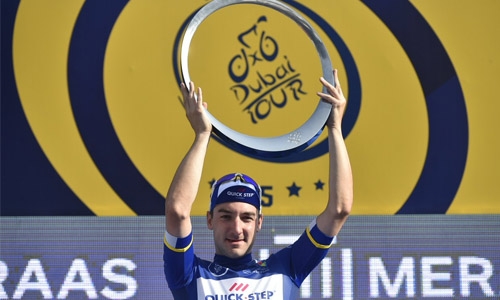 Dubai : Elia Viviani (Quick-Step Floors) won the final stage of the Dubai Tour in a bunch sprint to secure final overall victory. The Italian came from a long way back in the finishing straight to overhaul Marco Haller (Katusha-Alpecin) at the line, while Adam Blythe (Aqua Blue Sport) claimed third.

The run-in was marred by a crash in the final kilometre that saw Nacer Bouhanni (Cofidis) come down. The incident also ruined Dylan Groenewegen’s chances and forced Mark Cavendish (Dimension Data) to a standstill. The Manxman emerged unscathed from the incident but was unable to play any part in the sprint.

Marcel Kittel’s trying opening race in Katusha-Alpecin colours continued on the final day of the Dubai Tour, and he could only manage 6th on the stage after losing contact with his lead-out amid the confusion of the late crash.

Two of Kittel’s teammates ended up sprinting for placings just ahead of him, with Haller taking second and Rick Zabel placing fifth. Viviani, by contrast, has made a seamless transition to life at Quick-Step Floors and has struck up a fine understanding with Fabio Sabatini, who was previously a teammate at Liquigas. Sabatini helped to pilot Viviani through a rather chaotic final kilometre on Saturday, putting him in position to sprint for the stage win and to secure final overall victory. 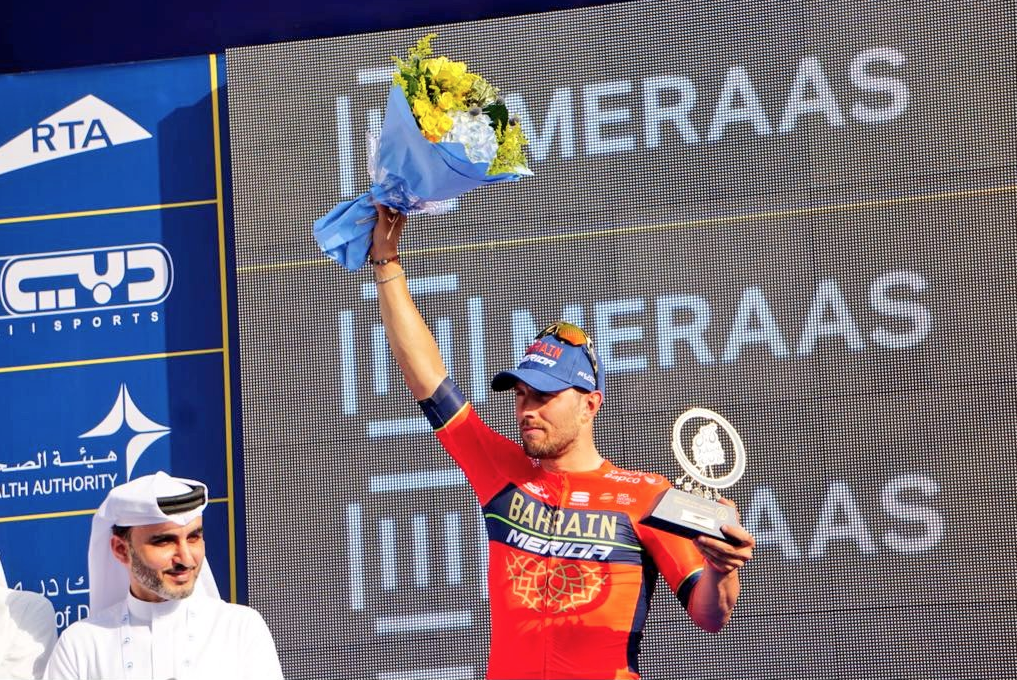 “I needed all of my teammates for the last kilometres, and Saba did an amazing job. He always knows when I’m on his wheel,” Viviani said. “We only just missed the crash, and Saba led me towards the front. I think with 50 metres to go, I realised I could win.”

Viviani had begun the day just two seconds ahead of Magnus Cort (Astana) in the general classification, but understood that he could not afford to base his final sprint around the Dane. In the end, it was a rather fragmented bunch finish. After Lotto-Soudal led into the final kilometre, Cofidis took up the reins before the crash removed their leader Bouhanni from contention.

Katusha-Alpecin had strength in numbers towards the front, but Kittel was unable to link up successfully with his lead-out amid the tumult, and it
was ultimately Haller and Zabel who led the line for the team in red, vying with Jempy Drucker (BMC) as the sprint opened.