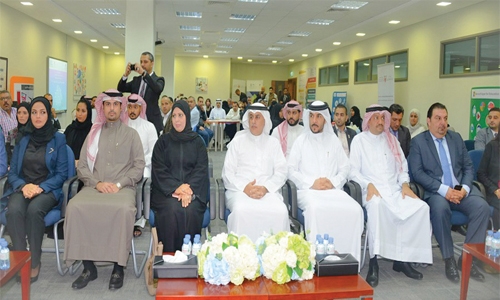 During the opening ceremony, the Minister pointed out the importance cooperation with government and private bodies in spreading awareness on ecommerce and identifying the best secure solutions available on the internet.

“Smartphone apps have become integral to everyone. Users are spending more and more time on apps rather than the websites,” he said adding, “The use of bots is also increasing, major companies are all using it, Whatsapp has announced that it will soon be bringing it. Another technology that is gaining traction is cloud computing, at Microsoft we have Azure Cloud Computing Platform & Services,” he said.

“Blockchain technology is something that has become popular now . It is a digital ledger which facilitates secure online transactions. It is the technology in which Bitcoin cryptocurrency is built around,” he said.

The second training workshop was about “Secure shopping techniques and the best means of protection on Android devices” which was presented by Mohammed Zuhair Gharaibeh, Head of Enterprise, Mobile Business at Samsung Gulf Electronics.

National Health Survey to get underway in January