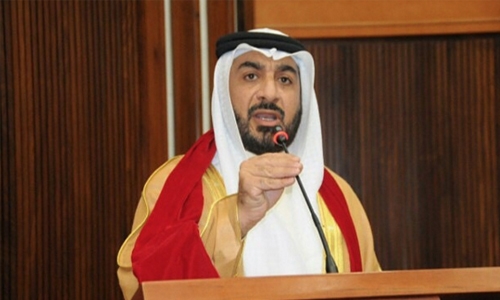 MP for reduction in traffic penalties

In a statement issued yesterday, MP Osama Al Khaja underlined the importance of political intervention to ease the tough traffic rules that has become a burden on citizens and residents, and to diffuse the street anger it has created.

The MP appreciated the new traffic law for contributing in the reduction of fatal accidents last year,  but at the same time he called for reconsideration of the high rate of fines.”

“Imposing high penalties against citizens and residents and applying strict  rules by the General Directorate of Traffic against them have invited public ire,” he said.

Commenting on the recent circulation of a picture showing a traffic policemen disguised in a civilian car, Al Khaja said, “There’s a huge difference between promoting the new law through procedures to maintain traffic order and terrifying drivers by hunting them through indirect means, such as  taking them by surprise and fining them in civilian vehicles. Such methods do  not elevate the professionalism of traffic police.”

“The image of traffic police is taking a dangerous turn for citizens and residents in the Kingdom.

Public irritation is rising over traffic fines given for the simplest offences, without  any consideration of the causes of the offence.

The infrastructure of the Kingdom’s roads isn’t fit for having big differences between speed limits in them.

Traffic signals should  also be developed and installing timers at them is needed to avoid over-speeding by some drivers  to cross junctions before the signal suddenly turns red,” Al Khaja added.