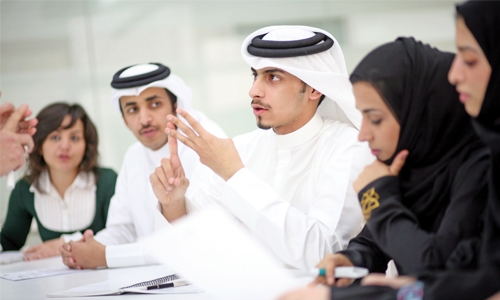 Manama : The job market in the Gulf Cooperation Council (GCC) will remain stable in the coming months according to the latest NaukriGulf Hiring Outlook survey 2017.

Forty nine per cent of the employers who participated in the survey reported they are expecting the hiring activity to increase.

Seventy five pc of the employers reported that attrition rates are stable with rates below 15pc, whereas 74pc expressed hope that the rate will remain stable or reduce over the next six months.

Talent availability has improved in the past six months according to 61pc of the recruiters.

The report also stated that recruiters found it hard to find candidates with experience level of 3 to 8 years.

“Recruitment activity is expected to remain stable in the coming months. We expect certain sectors like Services and Healthcare to increase their headcount in the first half of 2017. Overall, we are seeing a trend of reduced attrition with moderate growth in salaries. We see this as a sign of stabilisation in the job market,” Tarun Aggarwal, Business Head of Naukrigulf.com  said.

The most number of jobs will be created in the Banking and Financial services Industry, the survey revealed.

“51pc recruiters expect new jobs to be created for the mid-level roles (3-8 years) while 28pc are hopeful for more entry level roles (1-3 years) in the market. 10pc recruiters
have predicted job opportunities at the senior level (8-15 years) in the coming months. 81pc employers gave out pay hikes under 10pc this year as compared to 39pc employers giving out similar increments last year,” Naukri Gulf said.