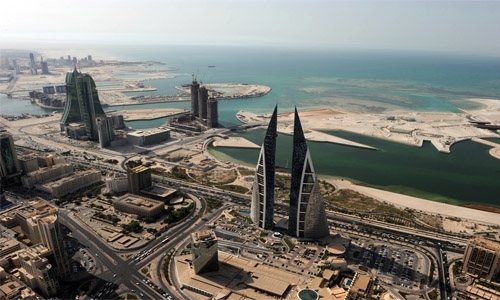 Riyadh : Bahrain suffered another cut to its credit rating on Saturday as Moody's Investors Service downgraded the kingdom along with Saudi Arabia and Oman because of the slump in oil prices.

Moody's lowered its long-term rating for Saudi Arabia to A1, which denotes low credit risk, down from Aa3, saying lower energy prices "have led to a material deterioration" in the profile of the top oil exporter.

But ambitious plans announced by Riyadh to diversify its economy could lead to a credit ratings upgrade in the future, Moody's said.

The crude price collapse, from above $100 in early 2014 to around $46 on Friday, has intensified Saudi efforts to diversify the economy away from oil which makes up the majority of its revenue.

Major oil producers failed to reach an agreement on freezing output in Qatar last month as Saudi Arabia insisted any deal must include all OPEC members, including rival Iran which boycotted the talks.

Moody's lowered its rating for Bahrain to Ba2, which indicates substantial credit risk, from Ba1, with a negative outlook.

It warned that the country's government debt burden was expected "to deteriorate significantly over the coming two to three years."

Moody's lowered its rating for Oman to Baa1, which denotes moderate credit risk, from A3, warning the sultanate was "vulnerable to an oil price shock" given its heavy reliance on energy revenues .

Tajikistan leader creates holiday in his own honour