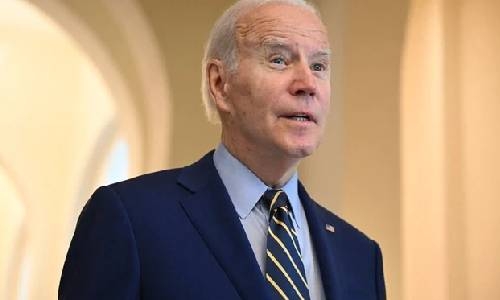 The US Supreme Court agreed Thursday to rule on the legality of President Joe Biden's landmark effort to cancel hundreds of millions of dollars in student debt. The court will hear the case in February or March, according to a short statement it posted online.

In the meantime, it declined to lift a lower court ruling that has put the policy on hold for now.

The Democratic president, who has posed the measure as a boost for the middle class, announced in August that the federal government would forgive a huge portion of the often-crushing student debt held by Americans, erasing up to $20,000 per person.

In total, some 45 million borrowers nationwide owe a collective $1.6 trillion, according to the White House.

The plan, which would cost an estimated $400 billion over the next decade, was immediately challenged in court by several conservative states, which called the move an abuse of power ahead of the midterm elections.

Last month, a federal appeals court blocked the measure, and current and former college and university students who had already begun to apply for the relief were told their claims were on hold pending legal action.

The White House then asked the Supreme Court to take up the case, in hopes it would overturn the previous decision.

At the same time, the administration once again extended until June a moratorium on student debt payments, which was originally implemented at the start of the Covid-19 pandemic.

The White House welcomed the court's decision to take up the case.

"This program is necessary to help over 40 million eligible Americans struggling under the burden of student loan debt recover from the pandemic and move forward with their lives," press secretary Karine Jean-Pierre said.

"President Biden will keep fighting against efforts to rob middle-class families of the relief they need and deserve," she said.