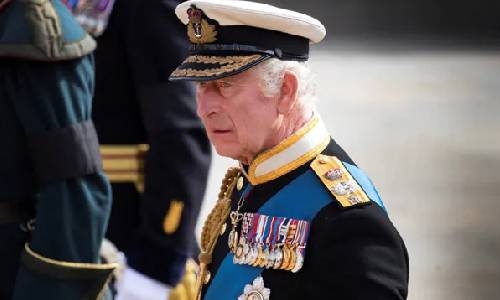 As debate among Canadians about whether the country should keep the decades-old British monarchy system intensifies in every province, Francois Legault, the premier of Quebec, has announced that his administration will introduce legislation to abolish the obligatory oath to Britain's King Charles.

According to CTV News, elected Quebec members must take two oaths of loyalty: one to the people of Quebec and one to the King, as required by the Canadian Constitution. Quebec is one of the thirteen provinces and territories of Canada. It is the largest province by area and the second-largest by population.

According to news agency Reuters, new legislation from the governing Coalition Avenir Quebec (CAQ) would follow a separate bill introduced on Thursday by the left-leaning Quebec Solidaire that would allow elected officials to simply take an oath to the Quebec people.

Canada is a member of the Commonwealth of Nations, which is primarily composed of former British Empire nations with the British monarch serving as head of state currently or in the past.

"It is, I think, a relic from the past," Gabriel Nadeau-Dubois, a co-spokesperson for Quebec Solidaire, said about the oath to King Charles.

"I think there is strong support in Quebec to modernise our institutions, to make sure that the representatives of the people are not forced in 2022 to swear an oath to a foreign king."

In an interview with CBC News Thursday, the party leader of the Parti Quebecois, Paul St-Pierre Plamondon, said having to swear an oath to the King was a "humiliation" and a vestige of British colonialism.

"It's a reminder that we never chose our political system that continues from one generation to another in our National Assembly," he said. "So, at some point, it has to stop and it has to change, and for that to happen, we need to persevere."

The Daily Express reported in November that a recent study indicated that the majority of Canadians want to sever connections with the monarchy as a rebuke to King Charles III. According to the Mainstreet Research survey, 55 percent of respondents support Canada becoming a republic, with 41 percent strongly supporting the idea.

However, the Quebec National Assembly speaker declared on November 2 that in order to carry out their duties in the largely French-speaking Canadian province, all elected members must take an oath to Britain's King Charles and not just to the people of Quebec.