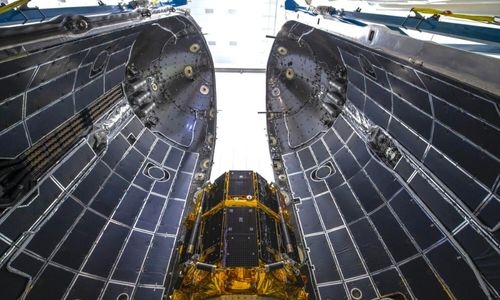 It’s said the delay is due to pre-flight checks of the launch vehicle.

Earlier the rover was supposed to be launched on 22 November, then on 28 November followed by a launch date of 30 November 2022 that was announced.

In a tweet on Wednesday, SpaceX said, “Standing down from launch of ispace's HAKUTO-R Mission 1 to allow for additional pre-flight checkouts; now targeting Thursday, December 1 at 3:37 a.m. ET for liftoff.”

Ispace, inc. (ispace), a global lunar exploration company, in a statement said, “the November 30, 2022, launch attempt of its HAKUTO-R Mission 1 lunar lander has been updated to December 1, 2022, which will allow SpaceX to perform additional pre-flight checks of the launch vehicle.

The next launch opportunity will be as follows:

Explaining the outline of Mission 1 which has 10 milestones, Ryo Ujiie, Chief Technology Officer, of ispace, inc. had earlier opined, “The separation time is 15 minutes after the launch, and it will travel in space for about five months.

We also have verifications tests.

There are 10 milestones. We need to see how much we can achieve in Mission 1 that can prove to be helpful for other missions M2 and M3 by 2025.

The first milestone is the completion of the launch preparation.

A lot of tests and trial and errors have happened to reach this stage.”

He added, “Completion of launch and separation is the second one.

After the separation of the launcher from the rocket that will prove that the launcher structure can withstand the harsh launch conditions.

The third one is the establishment of a steady operation state.

It is critical to establish a communication between the launcher and the ground control.

After a couple of days, completion of first orbital control maneuver happens.

This is the first trajectory control. The fifth one is the completion of stable deep space flight operation for one month.”

Shedding light on Lunar Orbit insertion (LOI) that must take place at exactly the right time to put M1 in the correct orbit, Ujiie says, “The moon is 1.5m km from the Earth.

The sixth one is the completion of all deep space orbital control maneuvers before Lunar Orbit Insertion (LOI).

The seventh one, LOI is a critical phase and a big milestone that allows entry into the lunar gravitational sphere to reach the lunar orbit.

We have done a lot of experiments for this.”

Rashid Rover's landing site will be Atlas crater, located at 47.5°N, 44.4°E, on the southeastern outer edge of Mare Frigoris (Sea of Cold).

The Rashid Rover, once landed, will explore the characteristics of lunar soil, the petrography and geology of the Moon, dust movement, surface plasma conditions, and the Moon's photoelectron sheath.

“Completion of all orbit control manoeuvres in Lunar orbit is the eighth milestone.

Following this is the ninth milestone which is the completion of the Moon landing, and typically takes about one hour.

The last one is the establishment of the steady system after lunar landing,” explains Ujiie.