Russia has lost 1,500 officers, including 160 generals, in Ukraine war | THE DAILY TRIBUNE | KINGDOM OF BAHRAIN 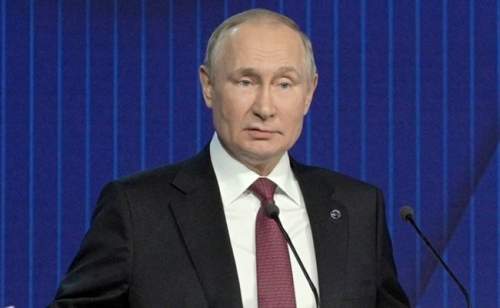 Russia has lost more than 1,500 military officers in the Ukraine war that has been going on for more than nine months, according to a report in Independent. It is based on an open-source tally that collates social media and other publicly-available information. The tally has been compiled by a Twitter handle KilledInUkraine, which keeps posting Russian articles in on casualties. Russia has been continuing their attack on Ukraine, which has left their energy grid teetering on the brink of collapse and disrupted power and water supplies to millions.

Russia has suffered heavy casualty in the war, and among those killed are 160 generals and colonels, according to the tally.

Earlier this month, top US General Mark Milley said that more than 100,000 Russian military personnel have been killed or wounded in Ukraine, with Kyiv's forces likely suffering similar casualties.

Mr Milley also said there is a chance for talks on ending the war, and that military victory may not be possible for either Russia or Ukraine.

"There has to be a mutual recognition that military victory is probably in the true sense of the word maybe not achievable through military means, and therefore you need to turn to other means," Milley said.

President Volodymyr Zelensky warned Ukrainians to expect another brutal week of cold and darkness ahead, predicting that Russian attacks on infrastructure would not stop until Moscow runs out of missiles.

Meanwhile, the General Staff of Ukraine's Armed Forces said in its daily update on Monday that Ukrainian forces had repelled Russian attacks in several areas, including Bakhmut and Avdiivka in the Donetsk region over the past 24 hours.