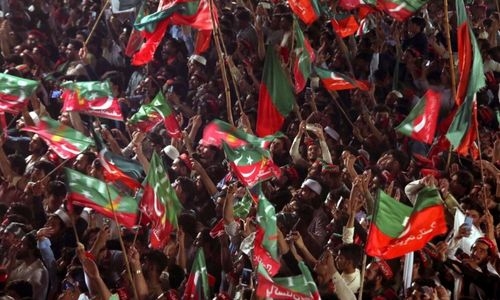 In connection with the assassination attempt on former Pakistani Prime Minister Imran Khan, the Wazirabad police and other law enforcement agencies arrested four persons of a family, ARY News reported on Sunday.

In the joint operation, a man named Khalid was also arrested. He is the same man whose name the gun recovered from the crime scene was registered.

"The pistol used in the assassination attempt on Imran Khan belongs to a resident of Chak 82-Junoobi," the police said, adding, "Four persons, including a woman, were arrested in the joint raid."

"The licence of the pistol found from the scene was in the name of arrested man Khalid," police added.

Imran Khan was attacked near his container in Punjab province during his long march in Wazirabad on Thursday.

He sustained injuries on his leg and was shifted to a hospital for treatment.

Senior Pakistan Tehreek-e-Insaf leaders said that Imran Khan believes that the attack on him in which bullets were fired was carried out at the behest of three people, including Prime Minister Shehbaz Sharif, the country's Interior Minister and a top ISI General and his remarks were based on information he had received.

Seven people were injured, and a person was killed during the firing incident during the Haqeeqi March.

The suspected shooter who opened fire during the rally was caught by police, where he admitted that he wanted to kill Imran Khan because "he was misleading the public."

Last week, Imran Khan had started the long march towards Islamabad and targeted the country's spy chief, accusing him of holding a "political presser".

After Pakistan Electronic Media Regulatory and Authority (PEMRA) announced a ban on TV broadcasts of Imran Khan's speeches and conferences, the Pakistan government citing the upholding of democratic principles, instructed the media body to lift the ban.

19 killed after plane crashes into Lake Victoria in Tanzania