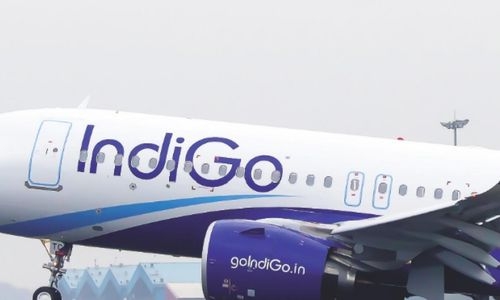 Security agencies have been put on alert after an email was received at the Mumbai international airport warning about a bomb on an IndiGo plane, police officials said Sunday.

While the warning turned out to be a hoax, the security has been beefed up at the Chhatrapati Shivaji Maharaj International Airport, they said. "On Saturday night, an email was received at the Mumbai airport, in which it was written that a bomb had been planted in Indigo flight number 6E 6045," an official said.

This flight was to take off from Mumbai and land at Ahmedabad. It was checked after the email, but nothing was found on the flight, the Mumbai police said. However, the flight was delayed. Security agencies are investigating the matter.