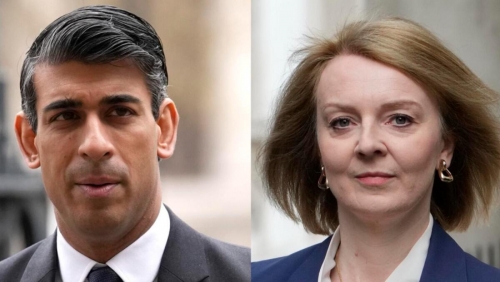 Amid the race for the Conservative party leadership, British Prime Minister hopeful Rishi Sunak has vowed to support the most vulnerable people of the UK amid the rising energy crisis in the country.

"People need reassurance now about what we will do and I make no apology for concentrating on what matters most. Because whatever the 'boosterish' talk of others, you can't heat your home with hope," he wrote in an opinion piece for the British daily The Times.

As the campaign to be the next prime minister continues, Sunak said that he was totally focused on tackling household challenges like inflation that his country faces today. However, several analysts and successive surveys point out that the most pressing challenge that Sunak faces is the way to 10 Downing Street.

The Conservative party leadership results are just a few weeks away but it looks like Liz Truss's victory over Rishi Sunak is imminent. The result of the vote to decide who will replace Boris Johnson as the next British Prime Minister is due on September 5.

Last week's poll showed how a significant number of Conservative party members who were polled back Liz Truss against Rishi Sunak. A survey of members of the governing Conservative Party showed that Truss is firmly ahead of rival Sunak in the race to replace Boris Johnson as the UK PM.

Not only this, independent surveys and polls have shown Truss consistently scoring ahead of Rishi Sunak. As the final date of the results is approaching, the UK Foreign Secretary is even stretching her lead.

Sunak needs a massive game-changer to turn this contest round if new ConservativeHome findings and YouGov's are right.

Afghanistan has lost 60% of journalists under Taliban: NGO