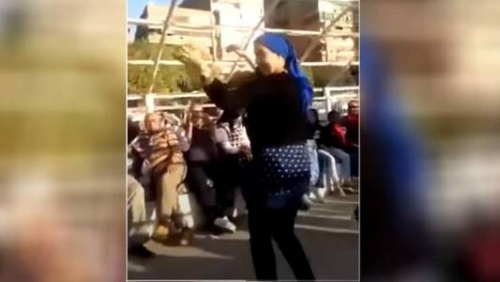 An Egyptian woman was fired from her job as a teacher after a video showing her belly dancing went viral on the internet.

The woman, identified as Aya Yousef, worked at Khaled Ibn al-Walid Primary School and was sacked from her job after the dancing video shot on a Nile cruise started doing the rounds on the internet. And that's not all!

Yousef's husband even divorced her after the video became a national debacle.

The video, that went viral, shows Yousef dancing with her colleagues while wearing a headscarf and full-sleeved clothes.

However, the few moments of dance brought a huge amount of backlash to her.

According to a report by the BBC, Yousef was fired by the primary school in Dakahlia Governorate in the Nile Delta.

She used to teach Arabic there.

While one section of the internet was busy criticising Yousef for her choices, the women's rights advocates of Egypt raised their voices against the issue.

The head of the Egyptian Centre for Women's Rights, Dr Nihad Abu Qumsan, offered Yousef a job in her office.

She even advised Yousef to bring the necessary documents in order to file a legal complaint against her dismissal, detailed the report by the BBC.

Bahrain exports products worth BD1.192 billion during last quarter of 2021