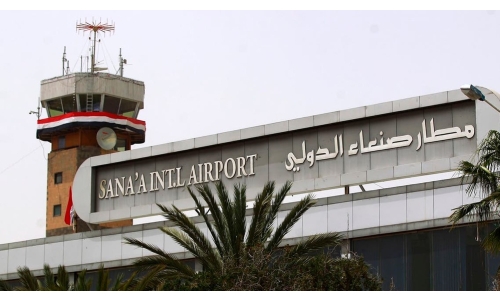 There is enough evidence to prove the involvement of Lebanese militia Hezbollah in launching attacks on Saudi Arabia from Sanaa airport, said Coalition forces fighting in Yemen said.

“We will release today evidence to prove that Hezbollah is using the airport to target Saudi Arabia,” the statement said.

The statement also claimed to have evidence revealing Hezbollah’s terrorist involvement in Yemen.

The coalition spokesman said they will release new details during a comprehensive briefing on the Yemeni crisis today at 4 pm Saudi time.

The spokesman further announced carrying out 40 attacks against Houthi militia targets in Marib and Al-Jawf in the past 24 hours.

The attacks resulted in destroying 17 military vehicles and killing 223 members of the Houthi militia.

“We carried out two operations on the western coast to support the coastal forces and protect civilians,” the spokesman said.

He also confirmed defeating an attempt to transfer weapons to Sanaa.

“The attacks were for neutralising threats,” the spokesman said, calling on civilians not to gather or approach Houthi sites in Sanaa.

“Houthis, he said, managed to transfer weapons to Tashrifat camp during a deadline given.

“We managed to destroy nine weapon stores in the camp.”

The Coalition on Thursday has said it destroyed seven drone and weapons stores at a military camp in the capital Sanaa in response to an armed drone launched from north Yemen towards Saudi’s Red Sea region of Jizan.

The coalition said it carried out the operation following international humanitarian law.