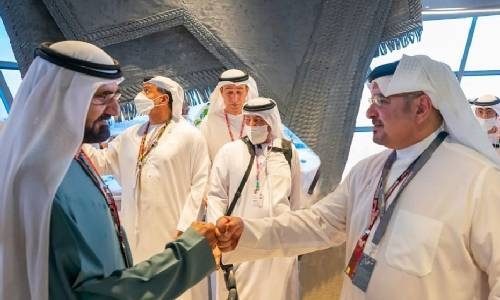 HRH Prince Salman noted that the region has become a home for Formula 1 races, due to the unique capabilities and experience that GCC countries possess.

His Royal Highness wished the UAE and the organisers at the Yas Marina Circuit for Formula 1 success in hosting future races.

Before the start of the race, HRH the Crown Prince and Prime Minister were given a tour of the Yas Marina Circuit, during which HRH was briefed on the final preparations being made for the race.