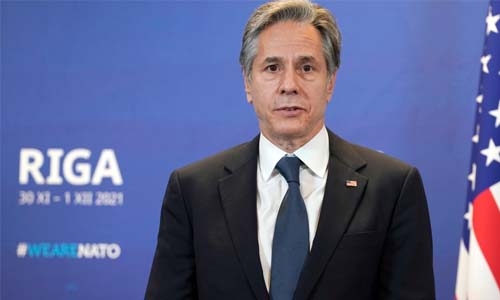 The United States has little optimism about reviving the 2015 Iran nuclear deal and said it would know in a day or so if Iran would negotiate in good faith as Tehran put forward fresh proposals.

“I think, very shortly, the next day or so, we’ll be in a position to judge whether Iran intends now to engage in good faith,” US Secretary of State Antony Blinken told reporters in Stockholm.

“I have to tell you, recent moves, recent rhetoric, don’t give us a lot of cause for ... optimism.

But even though the hour is getting very late, it is not too late for Iran to reverse course and engage meaningfully,” he added.

Iran has provided European powers who are shuttling between the US and Iranian officials with drafts on sanctions removal and nuclear commitments.

The announcement came on the fourth day of indirect talks in Vienna between Iran and the United States on bringing both fully back into the deal.

The talks resumed on Monday after a five-month hiatus prompted by Iran’s election of a new president.

The UN nuclear watchdog on Wednesday said Iran has started producing enriched uranium with advanced centrifuges at its Fordow plant dug into a mountain.

“What Iran can’t do is sustain the status quo of building their nuclear program while dragging their feet on talks.

That will not happen,” Blinken told reporters in Stockholm in a possible reference to that development.

British expert claims to have found the exact spot of MH370