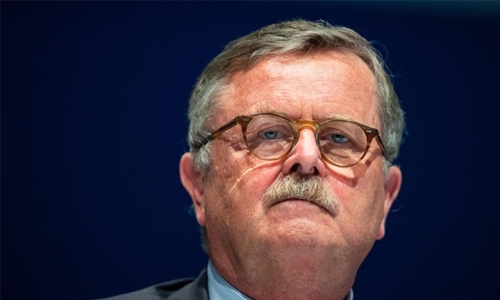 Frank Ulrich Montgomery, the German doctor who chairs the World Medical Association, has called for the comprehensive use of Covid-19 vaccine booster shots.

"Everyone who was fully vaccinated six months ago should get a booster shot soon," Montgomery told the newspapers of the Funke media group in remarks published on Tuesday, Deutsche press agency (dpa) reported.

He said a new, central vaccination campaign was needed in Germany this autumn, which ought to promote both Covid-19 jabs for the unvaccinated and booster shots.

"Because immune protection declines after six months, we as a society must have an interest in that protection remaining stable," Montgomery asserted.

He said booster jabs ought to be administered by general practitioners, saying they had the capacity as well as the experience needed for the task.

Montgomery said it would be a mistake to rely on vaccination centres again, noting that this would cost 10 times as much as vaccinating people at doctors' practices.

Another advantage was the fact that people would be more likely to go to their regular physician than to a vaccination centre for a booster jab.

German Health Minister Jens Spahn has called for vaccination centres across the country's 16 federal states to be opened again, as pressure grows to offer more people a booster shot against Covid-19.