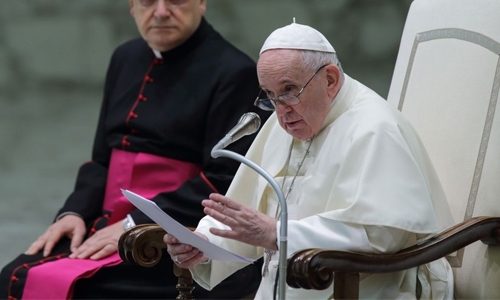 Pope Francis is hoping to travel to several different countries before the end of the year, including Greece, Congo and Hungary.

The pope wants to go to Greece and Cyprus on the first weekend in December but his agenda has not yet been finalized, he told Argentine news agency Telam in an interview.

He is reportedly considering making a trip to the island of Lesbos, an important site and symbol for migration as Europe struggles to respond to people fleeing war and poverty. He has already visited the island once before, dpa reports.

Francis, 84, has made it a point during his tenure to call attention to those living at the fringes of society, those who are in need and who face discrimination.

An official Vatican statement on the travel was not immediately available.

Pope Francis also mentioned other destinations, saying he was still thinking of Congo and Hungary.

He also said he was planning a trip to Oceania next year, which would be the first time he would travel to the region as pope.

Pope Francis went to Budapest in September at the end of the International Eucharistic World Congress, before heading onwards to spend three days in Slovakia.

He was also the first pope to visit Iraq, where he met Grand Ayatollah Ali Al Sistani in March.