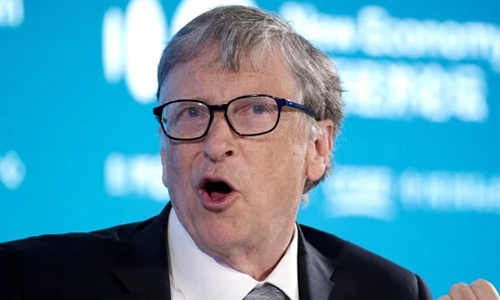 Microsoft co-founder Bill Gates, who has frequently lauded India's efforts in its fight against the coronavirus disease (Covid-19), on Friday praised the country yet again, this time over its feat of administering more than 1 billion (100 crore) doses of vaccines against Covid-19. Taking to Twitter, the American entrepreneur said that the achievement was a “testament” to India's ability to manufacture at scale.

“India has administered 1 billion vaccine doses, a testament to its innovation, ability to manufacture at scale, and the efforts of millions of health workers backed by CoWIN,” Gates tweeted, a day after the country crossed the said milestone. In his post, Gates also tagged Prime Minister Narendra Modi, health minister Mansukh Mandaviya, the Prime Minister's Office (PMO) and the Union health ministry.

On August 28, the billionaire philanthropist extended his congratulations when, on the day before, more than 10 million (1 crore) Indians were inoculated against the viral illness. This marked the first time when more than 10 million citizens were vaccinated in a single-day and, since then, the feat has been achieved on at least four other days.

Previously, Gates has also lauded PM Modi for the latter's leadership during the pandemic.

On Thursday, India achieved the milestone of administering more than 1 billion jabs, some nine months after the nationwide vaccination drive commenced on January 19. The figure includes both single and fully (double) jabbed beneficiaries. The Centre aims to fully vaccinate all adults (18 years and above) by the end of the year. Also, it is yet to announce an inoculation drive for those below 18 years of age.