Why were Facebook, Instagram and Whatsapp down for over six hours last night? | THE DAILY TRIBUNE | KINGDOM OF BAHRAIN 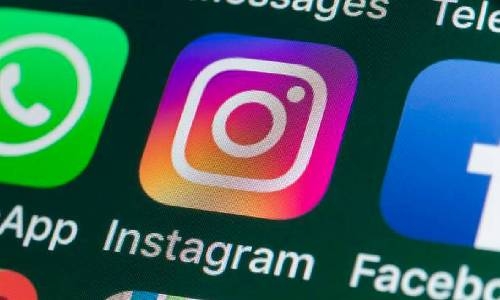 Facebook Inc on Monday cited faulty configuration changes on its routers as the root cause of the nearly six-hour outage that prevented the company's 3.5 billion users from accessing its social media and messaging services.

"Our engineering teams have learned that configuration changes on the backbone routers that coordinate network traffic between our data centers caused issues that interrupted this communication," Facebook said here in a blog post.

WhatsApp, Facebook and Instagram restored their services on early hours of Tuesday after being down for more than six hours. The platforms were hit by outages late on Monday evening after millions of users across the world were unable to use the apps as well as the websites.

“To the huge community of people and businesses around the world who depend on us: we're sorry. We’ve been working hard to restore access to our apps and services and are happy to report they are coming back online now. Thank you for bearing with us,” Facebook said in a tweet, minutes before the services were up online.

Meanwhile, Facebook chief Mark Zuckerberg said, “Facebook, Instagram, WhatsApp and Messenger are coming back online now. Sorry for the disruption today -- I know how much you rely on our services to stay connected with the people you care about.”

The outage reports started pouring in from 8.45pm (IST) for WhatsApp on website downdetector.com. The website which reports on website traffic also reported that Facebook was also inaccessible to several users across the world from 8.57pm (IST). Instagram too was down for millions of users.

The New York Times earlier today shared a tweet where Ryan Mac, their tech reporter, in a tweet said that the internal tools and communications platforms, including Workplace were not working. In his tweet, Mac also said that no employees were able to work calling the event a ‘snow day’.

It is common for websites to face outages but Monday’s event was on a global scale that affected millions of people worldwide. Twitter through its tweet ‘Hello literally everyone’ exemplified as to how major the outage was.

Doug Madory, director of internet analysis for Kentik Inc, said that the ‘DNS routes that Facebook makes available’ to the ‘networking world’ were unavailable, while speaking to news agency Reuters. Akamai Technologies faced a similar problem which led to multiple websites reporting downtime in July. Security experts told news agency Reuters that the outage may have been triggered by a configuration error, which could be the result of an internal mistake. No reports of sabotage by an external element was reported.

Facebook earlier in March and July also reported similar outages but the services during those instances were resolved within a short period of time. The current outage which lasted for more than several hours is by far the longest outage faced by Facebook, Instagram and WhatsApp messenger.

HM King orders to speed up resumption of prayers at mosques