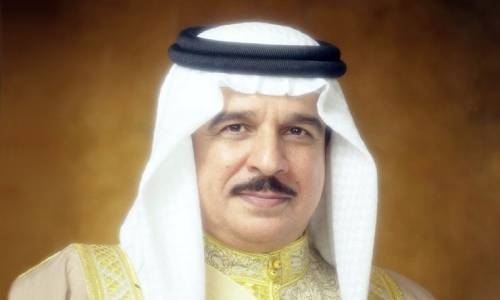 HM King orders to speed up resumption of prayers at mosques

His Majesty King Hamad bin Isa Al Khalifa gave directives to speed up the resumption of prayers at mosques to their pre-pandemic level, while complying with the health guidelines in force in order to enable worshippers to perform their payers easily.

HM King Hamad received at the Al-Sakhir Palace today the President of the Supreme Council for Islamic Affairs (SCIA), Shaikh Abdulrahman bin Mohammed bin Rashid Al Khalifa, who presented HM with the first edition of his book on “The History of the Judiciary in Bahrain.”

The book documents the march of the judiciary since the establishment of the modern state in Bahrain in 1873 during the ear of the founder, Shaikh Ahmed Al-Fateh, until the second third of 2021, during HM King Hamad’s prosperous era.

HM King Hamad expressed thanks and appreciation to the SCIA President for his valuable book, commending the efforts exerted by the writer to compile his book containing valuable information that documents the development stages and landmark achievements of the Bahraini judiciary.

HM King Hamad affirmed that Bahrain has enjoyed, over many decades, a regular judiciary that has been, through its integrity and independence, able to contribute to the progress of the Kingdom in all fields, praising the organisation and continuous development witnessed by the Bahraini judiciary in its structure and legislation.

HM King Hamad stressed that the kingdom’s judiciary has managed, throughout its successful march, to achieve justice and secure the rights of the citizens and residents, in addition to promoting the principles of equality and preserving freedoms.

Shaikh Abdulrahman bin Mohammed bin Rashid Al Khalifa expressed thanks and appreciation to HM the King for his unwavering support for the SCIA, noting that his book on the history of the Bahraini judiciary documents the present of the Bahraini judiciary in five chapters, and includes an important vision on the interactions, transformations, and political, economic, social and religious changes that have occurred in the Kingdom and their effects on the judicial, legal and legislative structure.

He expressed hope that his book would be a catalyst for researchers to pay more attention to objective documentation in various fields.