US will work with Taliban if standards met, says official | THE DAILY TRIBUNE | KINGDOM OF BAHRAIN 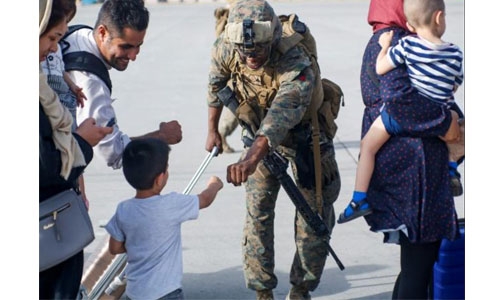 The United States has a message for the Taliban: If it lives up to all its commitments, brings greater stability to Afghanistan and the region, demonstrates widespread inclusion, and protects the gains of the last 20 years “we’ll work with it”.

But US deputy ambassador Jeffrey DeLaurentis, who delivered the message at a UN Security Council meeting on Thursday, stressed that “any legitimacy and support will have to be earned”.

He said the standards the international community has set are clear and include facilitating safe passage for Afghans and foreign nationals who want to leave Afghanistan and respecting the country’s obligations under international humanitarian law “including those related to the protection of civilians”.

“We’re watching closely to see that those standards are met,” he said.

DeLaurentis told the council that following the US withdrawal and the Taliban takeover, Afghanistan needs the United Nations and the UN political mission in the country “more than ever”.

He said the United States remains committed to the people of Afghanistan and as the country’s largest humanitarian donor it is helping partners on the ground provide assistance, “but the needs are vast”.

With the diplomatic footprint in the country reduced, DeLaurentis said the UN has a vitally important role to play, not only in coordinating aid but in preventing human rights violations and abuses and pursuing accountability for those that have occurred, and in protecting children and civilians.