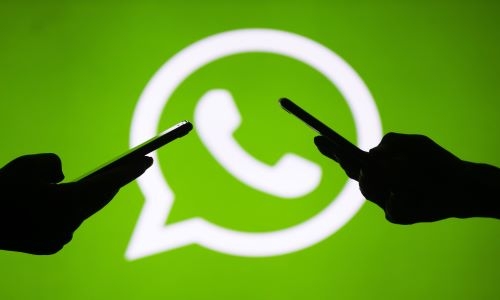 The Facebook-owned instant messaging service, which identifies India as its biggest market by users, said it filed the lawsuit in the High Court of Delhi on Wednesday. It said New Delhi’s “traceability” requirement — which would require WhatsApp to help New Delhi identify the originator of a particular message — violated citizens’ constitutional right to privacy.

“Civil society and technical experts around the world have consistently argued that a requirement to ‘trace’ private messages would break end-to-end encryption and lead to real abuse. WhatsApp is committed to protecting the privacy of people’s personal messages and we will continue to do all we can within the laws of India to do so,” WhatsApp said in a statement.

India first proposed WhatsApp to make software changes to make the originator of a message traceable in 2018. The suggestion came at a time when WhatsApp was grappling with containing the spread of false information in India, where the circulation of such information had resulted in multiple real-life casualties.

“Technology and privacy experts have determined that traceability breaks end-to-end encryption and would severely undermine the privacy of billions of people who communicate digitally. Reasonable and proportionate regulations for an increasingly digital world are important, but eroding privacy for everyone, violating human rights, and putting innocent people at risk is not the solution. WhatsApp is committed to doing all we can to protect the privacy of people’s personal messages, which is why we join others in opposing traceability,” the messaging platform, used by over 2 billion users worldwide, said in a blog post.

WhatsApp’s move on Wednesday is highly unusual. Facebook has engaged closely with New Delhi over the years — to a point where allegations were made that it didn’t take action on some politicians’ objectionable posts because it feared it would hurt its business in India, the world’s second-largest internet market.

“We have never seen a company sue the Indian government for asking for information,” said Jayanth Kolla, chief analyst at consultancy firm Convergence Catalyst. “We have seen companies push back, but they have never explored legal options in the past.”

WhatsApp is already fighting a legal case filed by the Indian government, in the same aforementioned court, over its new privacy policy as New Delhi tries to get the Facebook-owned firm to withdraw the new terms.

Last year India banned over 200 Chinese apps, including TikTok, which at the time of blocking identified India as its biggest overseas market. India said it was banning the apps because they posed threat to the national security and defence of India.

None of the Chinese firms sued the Indian government, with at least two telling TechCrunch on the condition of anonymity that it’s nearly impossible to win a court case in India against the government when the national security issue has been raised.

“So much so, that you are going to have a hard time even finding a lawyer who represents you,” an Indian official added.

India’s IT minister Ravi Shankar Prasad cited similar national concerns when he unveiled the revised IT rules in February this year.

Tension has been brewing between American technology giants and the Indian government over the past few months. Earlier this year, Twitter refused to block accounts that criticized New Delhi and Prime Minister Narendra Modi.

Last month, the Indian government ordered Facebook, Instagram, and Twitter to take down posts that were critical of Modi’s handling of the coronavirus pandemic. Last week, New Delhi objected to Twitter’s labelling of some of its politicians’ tweets as manipulated media. Earlier this week, police in Delhi visited Twitter offices to “serve a notice.”