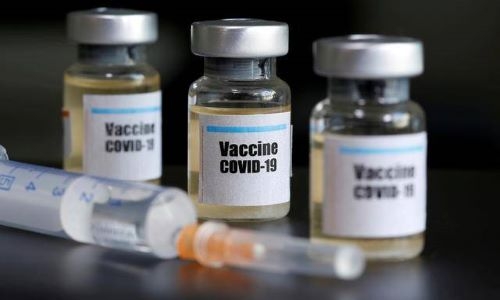 And hours later, he was able to announce that the country had passed the milestone of 20 million adults vaccinated with two doses of the coronavirus jab.

The news came just before England, Scotland and Wales are set to unlock parts of their economy on Monday.

But further steps to open up the country again have been put in doubt by the Indian strain.

Hancock told Sky News the govern2ment had a “high degree of confidence” that vaccines would stand up to the B1.617.2 variant, following new preliminary data from Oxford University.

“That means that we can stay on course with our strategy of using the vaccine to deal with the pandemic,” he said.

Britain, one of the worst-hit countries in the world with over 127,000 deaths, has also seen a rapid deployment of vaccines.

According to government data, the case numbers of the Indian variant have risen from 520 to 1,313 this week.

In the face of the rising cases centred around the northern towns of Bolton and Blackburn, Prime Minister Boris Johnson announced on Friday that second doses of vaccines would be accelerated for over-50s and the clinically vulnerable.

Hancock said the “vast majority” of people in the hospital in Bolton with the new variant had been eligible for vaccination but had not come forward.

He warned because of the high transmission of the Indian variant it could “spread like wildfire amongst the unvaccinated groups” and because of this the government “need to get as many people vaccinated as possible”.

The health secretary defended the government from criticism that it had been too slow to impose travel restrictions on India in the face of the new variant.

It was “completely wrong”, he said, to suggest the UK could have acted faster to designate India as a “red list” country meaning arriving travellers would have to quarantine in hotels.

India was placed under strict travel restrictions in April before the variant was under investigation, he said.

He also rebuffed any suggestion that any delay in acting had been influenced by a planned trip by Johnson in April to assist in post-Brexit trade talks.

“We take these decisions based on the evidence,” he said. Johnson’s visit was eventually scrapped because of surging Covid cases in India.

Indoor hospitality and indoor entertainment such as cinemas, museums and sports venues are to open their doors in most parts of the UK for the first time in months on Monday.

Under the new measures, people and families will also be able to meet in private houses with some restrictions still in place, and limited international travel will be permitted.

The government and experts have sounded a note of caution over plans to completely lift restrictions on June 21.

Hancock said if the Indian variant was 50 per cent more transmissible than the so-called Kent or British strain that forced the UK into a January lockdown “then we will have a problem”.

“We’re in a race between the vaccination programme and the virus, and this new variant has given the virus some extra legs in that race, but we have a high degree of confidence that the vaccine will overcome,” Hancock said.