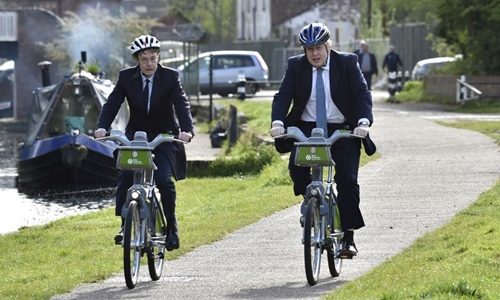 Citizens in England and Wales are heading to the polls on Thursday for local and mayoral elections across the two British nations.

Prime Minister Boris Johnson's handling of the coronavirus pandemic and recent scandals may be key factors on a bumper election day where votes will be cast for 143 local councils, 39 police and crime commissioners, and 15 mayoral races.

A British parliamentary by-election is also being held in the constituency of Hartlepool, Deutsche press agency (dpa) reported.

Separately, elections for the devolved parliaments in Scotland and Wales are also taking place.

The day has been referred to as "Super Thursday" in the British press.

Polls will open at 6 am GMT and close at 9 pm GMT.

Several of the elections were postponed from 2020 due to the coronavirus pandemic.

The Hartlepool seat, in England's northeast, has historically been held by the left-wing Labour party since the 1970s. However, a recent opinion poll showed Johnson's right-wing Conservative party are predicted to win it.

Should the Conservatives prevail, analysts say it will indicate a nation feeling supportive towards Johnson despite a rocky few months for the premiere, with Britain's vaccine success appearing paramount.

It will make no difference to his influence in the British parliament however as his party already holds a majority.

Votes are also being cast for London's mayor, where Labour incumbent Sadiq Khan is predicted to win a second term.