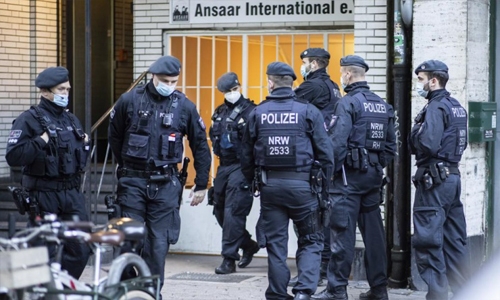 German authorities raided the premises of Ansaar International across the country on Wednesday after Interior Minister Horst Seehofer announced a ban on the Islamist organization and its sub-groups.

"If you want to fight terror, you have to dry up its sources of money," Seehofer said. "Those who collect donations for apparently charitable purposes, but then finance terrorism, cannot be allowed to hide behind our laws on association."

The Interior Ministry said it believed the group's missionary activities were in contravention of the German constitution, charging that "enemies were constantly being created of a world order that safeguards the dignity of those of other beliefs."

The ministry said donations were being collected to fund terrorist organizations outside Germany, in particular, the al-Nusra Front in Syria, Hamas in the Palestinian Territories and al-Shabaab in Somalia.

Donors were apparently defrauded by the false statement that the funds were used exclusively for humanitarian purposes.

The network was raided in April 2019, when the material was seized, providing information on its activities. While Ansaar International has its headquarters in Dusseldorf, other sub-groups are scattered across Germany.