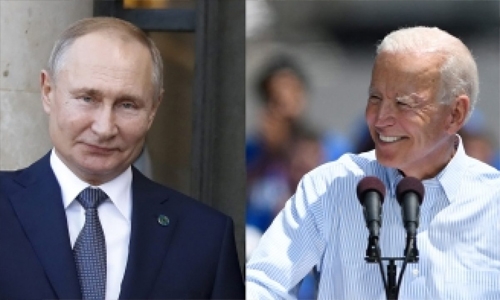 US President Joe Biden said he wants to hold his proposed summit with Russian President Vladimir Putin when he visits Europe next month.

"That is my hope and expectation. We're working on it," Biden told reporters at the White House.

Biden will take his first overseas trip as president in June when he is scheduled to attend the G7 summit in Britain and then travel to Belgium for meetings with NATO. Top-level talks with EU officials are also planned.

Putin has yet to commit to the meeting, which Biden has proposed take place in a third country, dpa reports.

Last week, Kremlin spokesperson Dmitry Peskov said Washington had taken "hostile" acts against Russia, making it hard to commit to an invitation to a summit between the two country's leaders.

Biden has taken aim at Russia repeatedly in recent weeks, accusing it of cyberattacks and election tampering, and has levied sanctions. Moscow has levelled its own sanctions and diplomatic expulsions in response.