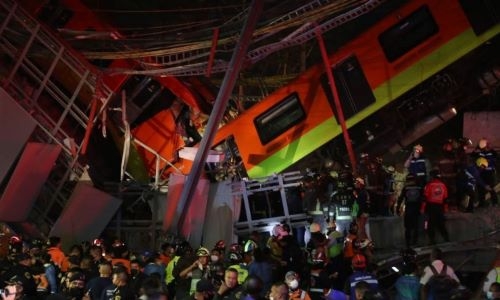 At least 20 people were killed after a subway bridge partially collapsed in Mexico City on Monday evening.

Footage also showed rescuers using a ladder to pull passengers out of train cars as they were hanging.

Cars had been travelling underneath the collapsed section of the overpass at Olivos station on the south-eastern edge of the city.

Because of the train's unstable position, rescue efforts had to be suspended, Sheinbaum said.