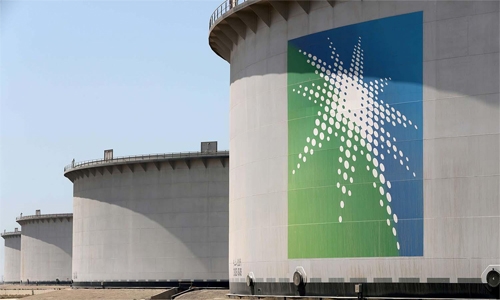 Yemeni Houthi militia, with their aggressive targeting of oil facilities, are intending to sabotage the energy “security and stability of the world,” warned Saudi Arabia.

Official Saudi Press Agency yesterday said Houthi drones caused a fire at an oil refinery in Riyadh and was “brought under control”.

Calling the attack “a cowardly” act, an official at the energy ministry said the dawn attack neither caused injuries or damages nor affected oil supplies, the official Saudi Press Agency reported.

The official told SPA that Saudi Arabia “strongly” condemns the repeated terrorist and sabotage acts against vital installations and civilian objects, the last of which was against the Ras Tanura Refinery and the Saudi Aramco residential neighbourhood in Dhahran.

On March 7, coalition forces said they intercepted a barrage of drones and missiles en route to an oil storage yard at Ras Tanura.

Tanura is the site of a refinery and the biggest offshore oil-loading facility.

Saudi Arabia also called on world nations and organisation to “stand against these terrorist acts and confront all parties that carry them out or support them.”

Former US President Donald Trump classified the Houthis as a terrorist organisation after attacks on oil tankers in the Red Sea.

Tensions had also mounted as US President Joe Biden and Iran clash over resurrecting a 2015 accord designed to reduce its nuclear capabilities.

Iran’s Atomic Energy Organisation said the cold testing is a prelude to fully commissioning the reactor later in the year.

Iran has recently accelerated its breaches of the 2015 international nuclear deal.

The deal allowed Iran to produce a limited amount of heavy water.

Everest is just days away for Bahrain expedition team