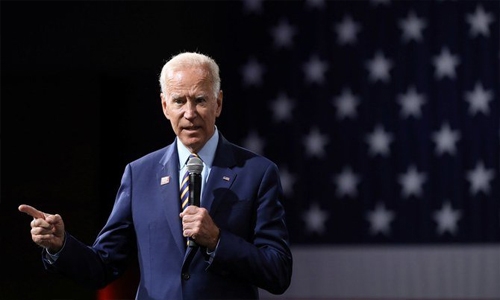 A US airstrike in Syria targeted facilities belonging to an Iranian-backed armed group, killing one fighter and wounding several others, according to the Associated Press. However, the Syrian Observatory for Human Rights, a Britain-based group that monitors the war in Syria, said as many as 22 fighters were killed.

Pentagon officials said the strikes were retaliation for a rocket attack at the International Airport in Erbil on Feb. 15 that killed one civilian contractor and wounded a US service member and other coalition troops.

Biden’s decision to attack in Syria did not appear to signal an intention to widen US military involvement in the region but rather to demonstrate a will to defend US troops in Iraq and send a message to Iran.

“Just as limited strikes from Iran-linked militias are unlikely to change US policy in Iraq. What is the point? There is a schoolyard logic to the strike — he hit me first — but the question ought to be about what effect it is expected to produce.”

“The American people deserve to hear the administration’s rationale for these strikes and its legal justification for acting without coming to Congress,” Kaine said in a statement.

“Offensive military action without congressional approval is not constitutional, absent extraordinary circumstances. Congress must be fully briefed on this matter expeditiously.”

Kaine, who has challenged presidential actions to expand military force without congressional authorization, introduced legislation to prohibit a war with Iran without bipartisan support from the Senate and the House, but the bill was vetoed by former President Donald Trump.

Former US ambassador to Morocco, Edward Gabriel, defended the strikes saying they were a necessary response given Iran’s violence against American targets.

“This attack, coming on the advent of US-Iranian talks, sends the important message that we, the United States, will not allow Iranian-sponsored attacks on US personnel and will respond to any such threat accordingly,” said Gabriel, who is a member of the Arab Americans for Biden coalition.

“It was measured and indicates that the Biden administration seems prepared for a negotiation with Iran that not only deals with curbing Iranian nuclear ambitions, but will also not tolerate Iranian proxy aggression in the region anymore.”

Ali Safavi, an official with the Foreign Affairs Committee of the Paris-based National Council of Resistance of Iran, said the Iran regime only understands a policy of firmness.

“So long as the Islamic Revolutionary Guards Corps and its proxy groups and militias continue to operate in Syria, Iraq, Lebanon, and Yemen, wreaking havoc in the Middle East, incidents such as the ones in Erbil, Ballad, and Baghdad will persist,” Safavi said.

“Tehran only understands the language of firmness; weakness only emboldens it.”