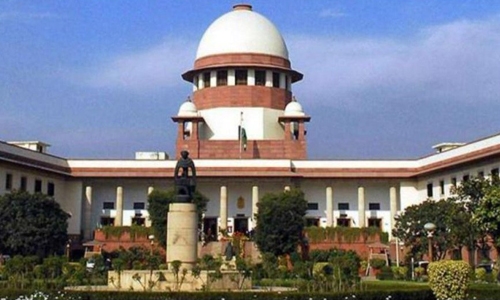 The Indian Supreme Court on Tuesday said that it will suspend the operation of three controversial farm laws until further orders.

While hearing a batch of petitions challenging the farm laws and others seeking removal of protesting farmers from Delhi borders, the court, headed by Chief Justice SA Bobde said a committee would be set up by the court to look into the matter and submit a report to the court.

The chief justice proposed the names of agricultural economist Ashok Gulati, Harsimrat Mann, Pramod Joshi and Anil Ghanwat to be the members of the committee.

“We have the power to suspend the legislation. But the suspension of legislation must not be for an empty purpose. We will form a committee which will submit a report to us,” the court said during the hearing on Tuesday.

A complete order that is expected to resolve the deadlock between the government and protesting farmers shall be released by the court later today.

The court said that it will not hear an argument that farmers are unwilling to go to the commttee.

"We are looking to solve the problem. If you want to agitate indefinitely, you can. Every person who is genuinely interested in solving the problem is expected to go before the committee. The committee will not punish you or pass any orders. It will submit a report to us. We are going to take the opinion of the organisations. We are forming the committee so that we have a clearer picture," the chief justice said.