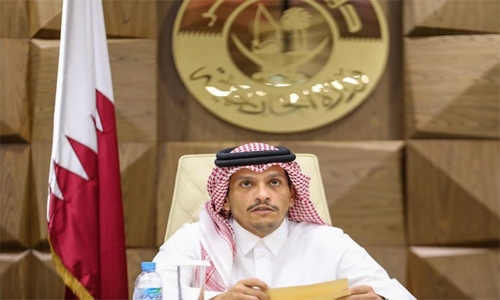 There has been movement on resolving the Gulf Crisis, Qatar’s Foreign Minister Mohammed bin Abdulrahman Al Thani said on Friday, amid reports of a breakthrough in the three-year-long dispute.

Despite the progress between the GCC states, Al Thani said he could not predict whether a breakthrough was imminent or would fully resolve the matter.

“We believe the end of the crisis is important for the security of the region and for the sake of our people. This crisis needs to end based on mutual respect and the rights of all people of the Gulf,” the foreign minister and deputy prime minister said, adding any solution must be a comprehensive one that preserves the unity of the GCC.

“Qatar is not differentiating between any of the countries. We hope things will move in the right direction but we cannot yet predict if it will be imminent and if it will be resolved in one day,” he added.

Responding to rumours over normalisation, Al Thani confirmed, “The Gulf crisis has nothing to do with the Abraham Accords or any normalisation with Israel,” according to tweets from Al Jazeera Arabic.

The recent breakthrough is seen as an outcome of Senior White House advisor and US President Donald Trump’s son-in-law Jared Kushner’s recent mediating visits to Qatar and Saudi Arabia this week.

On Wednesday, Kushner met with Qatar’s Amir Tamim bin Hamad Al Thani in Doha following talks with Saudi Crown Prince Mohammed bin Salman in Neom the day before. His visit was anticipated to search for a solution to end the three-year-long Gulf crisis that was triggered by the illegal blockade on Qatar and initially supported by the US president himself.

Speculation about the end of the three-year-long blockade on Qatar has been on the horizon for a while, with Saudi Arabia hinting at a possible solution to the GCC crisis in recent weeks.

Last week, Saudi Arabia’s foreign minister, Prince Faisal bin Farhan Al Saud said that his country was seeking ways to end the blockade on Qatar. It was the second time Farhan made such a statement, with the foreign minister making similar claims earlier in October.

“We continue to be willing to engage with our Qatari brothers, and we hope that they are as committed to that engagement,” said bin Farhan in October during a virtual event hosted by the Washington Institute for Near East Policy, a US-based think-tank.

However, despite numerous mediating efforts, the UAE has stated that there are “no chances” of ending the blockade on Qatar.

“I don’t think it gets resolved anytime soon simply because I don’t think there has been any introspection,” said Al Otaiba in response to a question about resolving the Gulf Crisis, accusing Qatar of “playing the victim.”