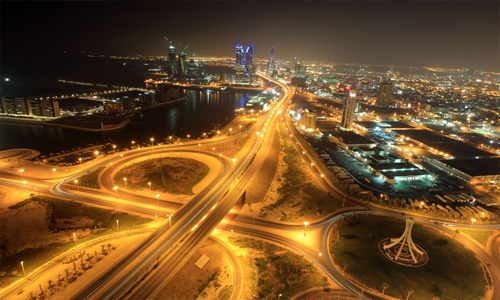 Bahrain awarded 1,022 tenders in the first nine months of 2020 worth a total of $2.7 billion, according to new data released by Bahrain’s Tender Board.

In terms of value of contracts, the oil sector took the lion’s share, awarding 134 tenders worth $733.8 million, followed by the construction and engineering industry, winning 162 tenders worth a combined $704.8 million. These clearly underscore the government’s continued commitment to its extensive pipeline of major infrastructure projects, currently valued at some $32 billion.

The materials, equipment and services sectors followed, with $501.3 million, $471.5 million and $256.1 million, respectively. While bringing up the rear in terms of the value of contracts, the services sector was awarded the highest number of contracts at 361.

Tender Board Chairman Shaikh Nayef bin Khalid Al Khalifa said: “Despite the ongoing global economic challenges, the first nine months of 2020 have seen Bahrain award more than 1,000 contracts valued at well over $2 billion to businesses in all sectors across the board. This robust performance is indicative of Bahrain’s commitment and ability to remain open for business even in times of crisis. Of particular note is the consistently high value of contracts in the kingdom’s thriving construction and engineering sector, testament to the rich opportunity on offer owing to our extensive, multi-billion-dollar pipeline of projects there.”

As for the purchasing authorities, Tatweer Petroleum topped the list for highest total value of tenders issued worth a combined $711.7 million. It was followed by Gulf Air ($488 million), the Electricity and Water Authority ($343.6 million), the Ministry of Works, Municipalities Affairs and Urban Planning ($254.3 million) and the Ministry of Housing ($240.4 million).

The positive figures follow closely on from the release of equally encouraging data released by the Tender Board halfway through the year. Highlights included a record number of tenders awarded to the SME sector, indicative of government support for a sector that it regards as the engine for post-Covid economic recovery.