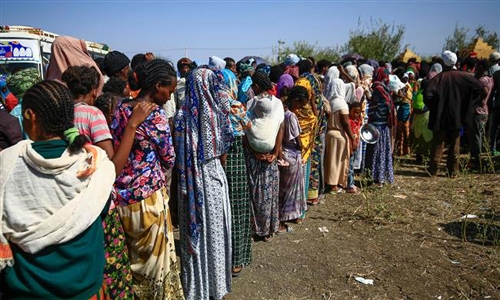 The Ethiopian government said on Saturday its forces had seized another town in their advance on the rebel-held capital of northern Tigray region, and rebuffed an African diplomatic push to mediate.

More than two weeks into Prime Minister Abiy Ahmed’s offensive, his government said Tigrayan forces were digging in and using bulldozers to plough up roads around the regional capital Mekelle, home to about half a million people.

Hundreds, possibly thousands, have died and more than 30,000 refugees have fled to Sudan. The conflict has spread beyond Tigray, whose forces have fired rockets at the neighbouring Amhara region and the nation of Eritrea, spurring concern of a wider war and the splintering of multi-ethnic Ethiopia.

Abiy’s government has said it will soon reach Mekelle after taking various surrounding towns. On Saturday it said Adigrat had also fallen, about 116 km (72 miles) north of Mekelle.

The Tigray People’s Liberation Front (TPLF) rebels said nine civilians had died in artillery hits on Adigrat where it accused Eritrea of backing the Ethiopian army.

The army of Abiy and Eritrean President Isaias Afwerki “inflicted heavy casualties on innocent civilians in Adigrat,” the TPLF’s communications bureau said in a statement on Facebook.

The government and military could not immediately be reached for comment, but have previously repeatedly denied targeting civilians, saying they strike only TPLF targets.

Assertions on all sides are hard to verify because phone lines and internet have been down since the beginning of the conflict on Nov. 4 and media are largely barred.

Eritrea denies TPLF allegations of sending soldiers over the border to back Abiy’s offensive against the Tigrayan forces, who are also an old foe of Eritrea’s.

Refugees and rights group Amnesty International have also recounted civilian deaths, though Reuters has been unable to verify those reports.

The African Union bloc has appointed former presidents Joaquim Chissano of Mozambique, Ellen Johnson Sirleaf of Liberia and Kgalema Motlanthe of South Africa as special envoys to seek a ceasefire and mediation talks.

Abiy, who won the Nobel Peace Prize last year for a peace pact with Eritrea, has said he wants to remove the TPLF leaders before talking.

“News circulating that the envoys will be travelling to Ethiopia to mediate between the Federal Government and TPLF’s criminal element is fake,” the government tweeted on Saturday.

Abiy accuses the Tigrayan leaders of revolting against central authority and attacking federal troops in the town of Dansha. The rebel leaders say Abiy’s government has marginalised and persecuted Tigrayans since taking office two years ago.

Abiy denies that, saying he is seeking only to restore law and order and preserve the unity of Ethiopia and its 115 million people.

The United Nations and other aid agencies have said the conflict is creating a humanitarian crisis in Tigray, where many among the more than 5 million population were already displaced and relying on food aid even before the conflict.

Satellite images given to Reuters by U.S.-based space company Maxar Technologies showed destroyed buildings lining the main road near the airport in Dansha, where the conflict broke out.

The TPLF is popular in its home region and dominated national politics from 1991 until Abiy took office. Abiy’s parents are from the larger Oromo and Amhara ethnic groups.

“We will do all that is necessary to ensure stability prevails in the Tigray region and that our citizens are free from harm and want,” the prime minister tweeted on Saturday. 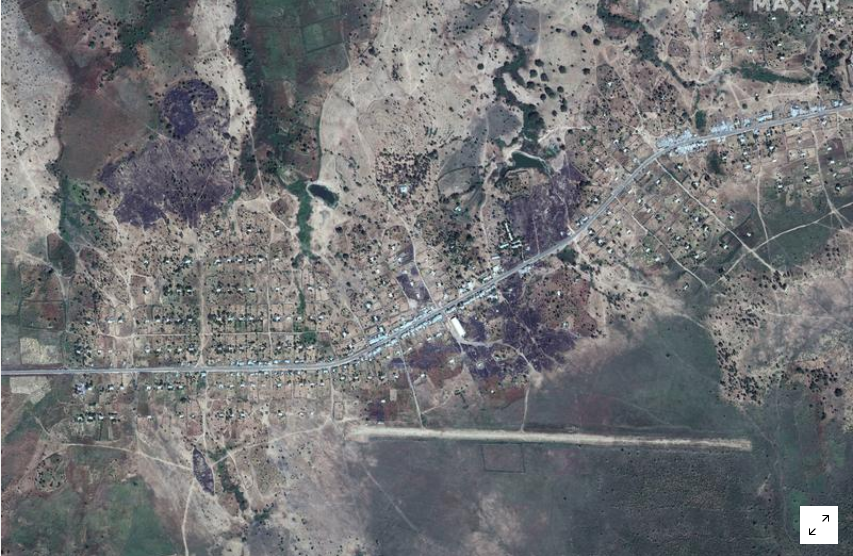