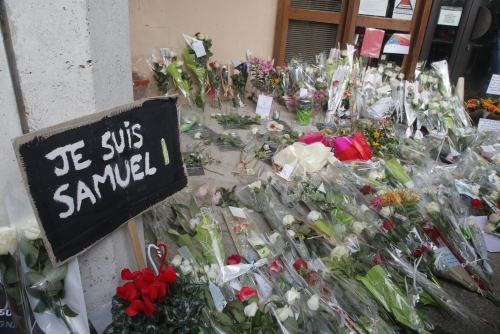 French history teacher Samuel Paty was beheaded on Friday outside his school in Conflans-Sainte-Honorine, in the northern Paris suburbs, by an 18-year-old man who was subsequently shot dead by police.

The killing sparked outrage in France and drew condemnation from President Emmanuel Macron and political parties.

in France and that he was looking into whether or not certain groups from the French Muslim community should be dissolved following accusations of promoting violence and hate.