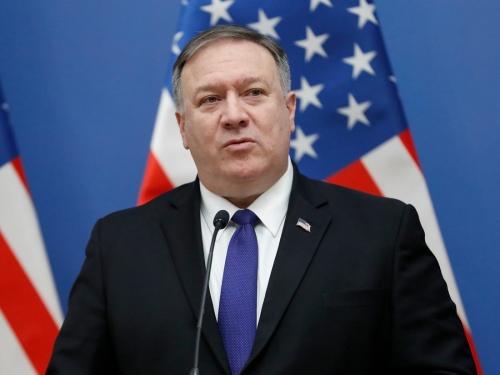 US appoints Tibet coordinator amid tensions with China

The United States of America appointed a US human rights officer as a special coordinator to look into Tibet’s issue. This is widely seen as a move that will escalate existing tensions between the US and China.

The US. Secretary of State Mike Pompeo announced that Robert Destro, Assistant Secretary of State for Democracy, Human Rights and Labour, would assume the additional post, which has been vacant since the start of President Donald Trump’s term in2017, reported Reuters.

Destro “will lead the US. efforts to promote dialogue between the People’s Republic of China and the Dalai Lama or his representatives; protect the unique religious, cultural, and linguistic identity of Tibetans; and press for their human rights to be respected,” the news agency quoted Pompeo as saying.

China has always opposed US intervention in the issue. It has also stated in the past that the Tibet issue is a part of its internal affairs. The appointment of the coordinator comes at a time when Chinese US relation has deteriorated over several other issues.

Be ready for action if needed, China’s Xi tells troops