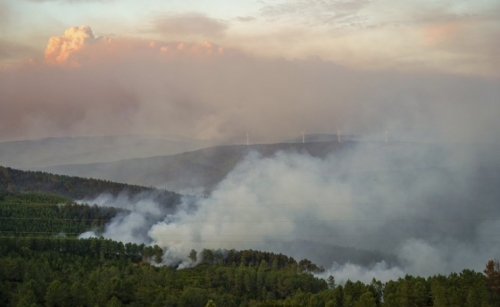 Almost 1,000 firefighters and 15 water-dropping aircraft battled a major wildfire in central Portugal on Monday, as strong winds pushed the flames through dense and hilly woodlands.

The blaze was in central Portugal around Proença-a-Nova, 200 kilometers (124 miles) north of Lisbon, according to The Associated Press (AP).

About two dozen people were evacuated from hamlets as more than a dozen bulldozers cleared firebreaks in the area.

The wildfire began Sunday, and five firefighters suffered burns in its initial stages as their vehicle was caught in the flames.