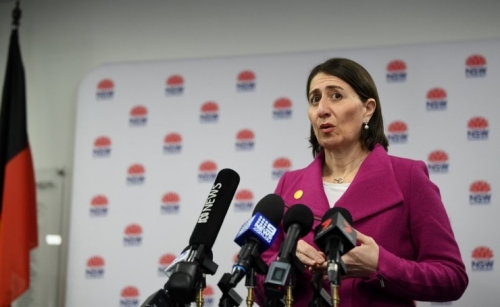 Arrivals flying into the Australian city of Sydney will be billed thousands of dollars for their compulsory 14-day hotel quarantine, the state government said Sunday. Starting at midnight on July 18, individuals will be charged 3,000 Australian dollars ($2,085 dollars) for their stay, with an extra 1000-dollar charge for partners, and families of four will be billed 5,000 dollars, New South Wales state premier Gladys Berejiklian said, Deutsche press agency (dpa) reported.

The cost of putting travelers in hotels has so far been met by the state government, but the bill has reached more than 50 million Australian dollars as more than 33,000 travelers have passed through the hotel quarantine system since the coronavirus hit. "Australian residents have been given plenty of time to return home, and we feel it is only fair that they cover some of the costs of their hotel accommodation," Berejiklian said.

Sydney is shouldering most of the burden of receiving international flight arrivals into Australia. The country's second largest city, Melbourne, has closed its international airport until later this week due to a city-wide lockdown to combat a new outbreak of Covid-19.

The state border between Victoria and New South Wales has been closed to try to prevent the Melbourne outbreak spreading. Victoria recorded another 273 cases overnight and one more death. Australia has 1,484 active cases and has recorded 107 deaths from the virus, with more than half of cases originating overseas. International arrivals to Australia are being halved to 4,000 per week to focus resources on tackling community transmission in the country, Prime Minister Scott Morrison announced on Friday.