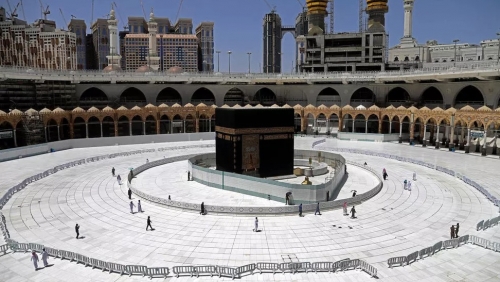 Saudi Arabia plans to reopen from today mosques in Mecca, the holiest city in Islam, after they were closed for three months due to the novel coronavirus pandemic, state television reported.

“The mosques in the holy city will begin to reopen their doors to the faithful on Sunday after three months of closure due to the coronavirus pandemic,” the staterun Al-Ekhbariya channel reported, citing a decision by the Islamic affairs ministry.

Some 1,500 holy sites are preparing to welcome visitors, the channel reported, showing footage of workers disinfecting floors and carpets. The decision comes weeks before the Hajj, the annual Muslim pilgrimage to Mecca. While the Hajj is set to be held in late July, authorities are yet to announce if it will go ahead or be cancelled.

Outside Mecca, mosques elsewhere in the country reopened at the end of May, but with strict rules imposing social distancing and other measures. The hardest hit Gulf state, Saudi Arabia has reported over 150,000 virus cases, including nearly 1,200 deaths.

Some 2.5 million pilgrims visit the holiest sites in Mecca and Medina for the week-long Hajj, a oncein-a-lifetime duty for every able-bodied Muslim who can afford it. Saudi asked Muslims in March to put Hajj plans on hold.