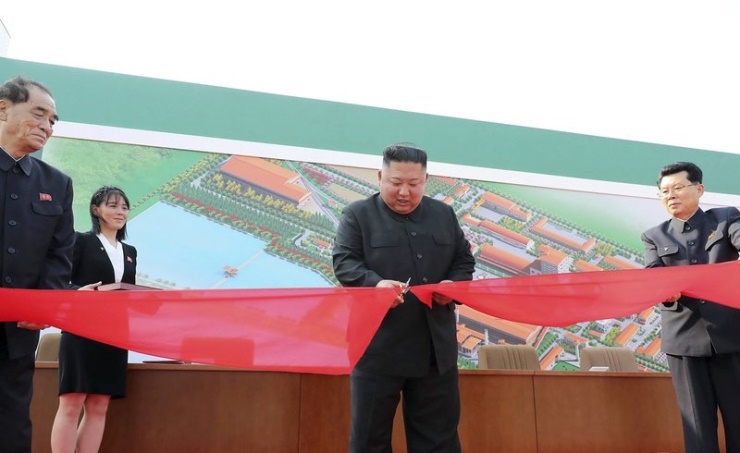 North Korean leader Kim Jong Un has appeared in public for the first time in weeks, state news agency KCNA reported on Saturday, amid speculation that he may be sick or even dead.

According to the agency, Kim was welcomed by "thunderous cheers" by participants in the ceremony, which was held on Friday.

There was no independent confirmation of the reports from North Korea.

Ever since South Korea-based online newspaper Daily NK reported in April that Kim had to undergo heart surgery - followed by his conspicuous absence from some key events - Korea watchers have been wondering about his fate.

"I'd rather not comment on it yet, Kim Jong Un. We'll have something to say about it at the appropriate time," US President Donald Trump told reporters when asked about the reports of Kim's public appearance.

Kim had not been seen in public for about three weeks. He was last seen attending a key party meeting in Pyongyang on April 11 and missed celebrations marking his late grandfather Kim Il Sung's birthday on April 15.

In its over 1,500-word report on Saturday, KCNA did not address speculations about Kim's health.

Last week, North Korean state media carried comments attributed to Kim on Sunday in which he expressed his appreciation to workers who had built houses in the northern city of Samjiyon, according to Yonhap.

But the agency also noted that the North Korean report did not disclose Kim's location or include any images.

Media a ‘beacon of thought’