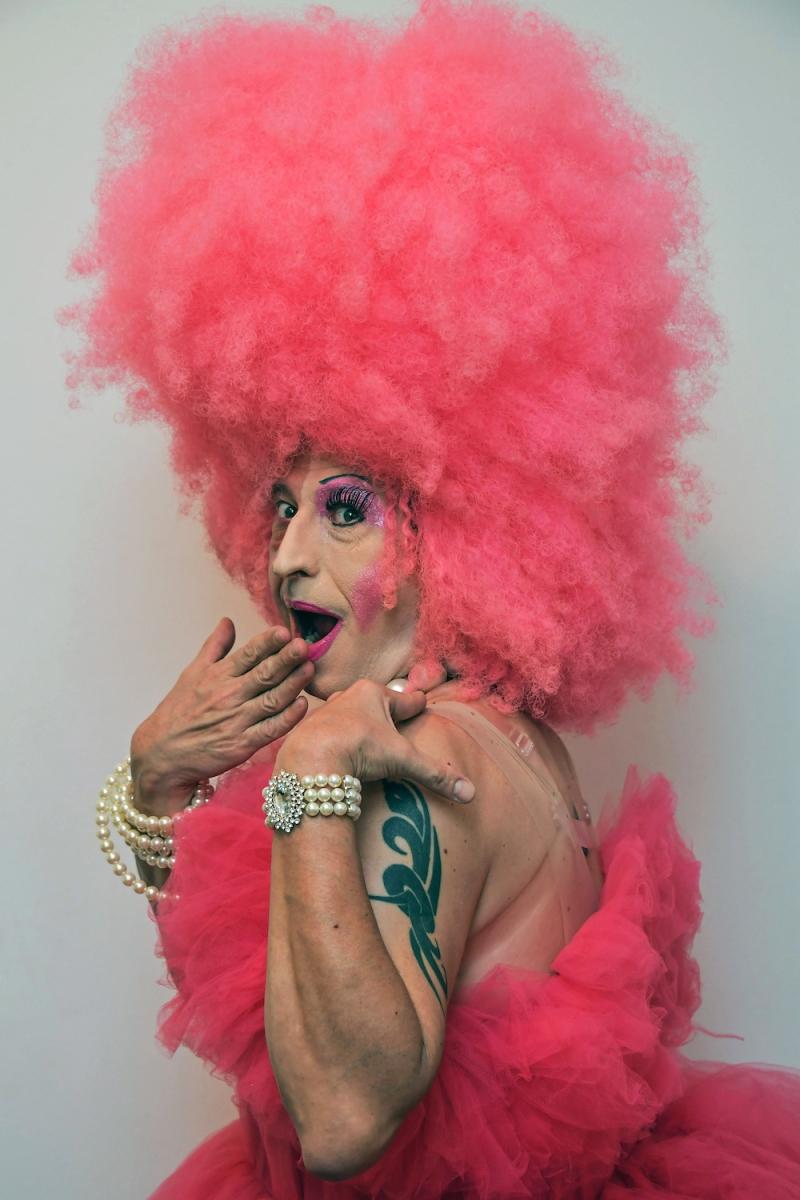 Brazil’s carnival celebrations are among the wildest parties in the world, but someone has to reign over them -- and being “queen” can be a year-round job. We interviewed two “carnival queens” who devote a substantial part of their lives year-round to the personas they bring to life every February: the super-buff, silicone-pumped queen of the Portela samba school, and a business executive turned drag queen who has fused his love of carnival with his job as an airline sales manager.

Hard work being queen With a glowing smile, rippling muscles and a body glowing with sweat, Bianca Monteiro dances the samba so fast it is hard to keep track of her feet. Monteiro, 31, is the “queen of the drum section” at the Portela samba school, the winningest group in the history of Rio de Janeiro’s annual carnival competition.

On Sund a y night she will don a costume as sumptuous as it is revealing and dance her way through Rio’s “Sambodrome” at the head of Portela’s 300-strong percussion section, dazzling tens of thousands of spectators and a TV audience of millions. But being dazzling is no easy job.

Monteiro spends hours each day working out and rehearsing, backed by a team -- a dance instructor, a make-up artist, a dentist -- that helps get her ready not only for carnival but for myriad public appearances. “As queen, I have to watch what I eat, although I do indulge occasionally,” she says, before devouring a hamburger in the middle of a photo session.

With her sculpted, athletic body, Monteiro looks more like an Olympic athlete than a model. Her curves have gotten some extra help from her plastic surgeon. “I just put another 300 milliliters of silicone in my breasts last year -- I’m up to 485 milliliters in each breast,” she says with a grin. Samba schools often pick famous actresses or models for the part, but Monteiro is a neighborhood local who worked her way up through the ranks of Portela dancers to become queen in 2017.

“My dad used to bring me to Portela rehearsals when I was a baby,” she says. “I grew up watching actresses become samba school queens, so I never imagined a neighborhood girl could do it, too.” Mild-mannered exec, in drag By day, Fernando Magrin is a mild-mannered business executive at American Airlines’ offices in Sao Paulo, with black-rimmed glasses and white-collar shirt.

By night, he is carnival queen Mama, a flamboyant character in false eyelashes, pink wig and a frothy tulle dress who leads the frenetic festivities of a roving street party known as “MinhoQueens.” The party -- one of thousands of “blocos,” or street parties, around Brazil this time of year -- drew 200,000 revelers last year during Sao Paulo’s carnival.

Magrin, 55, invented Mama for MinhoQueens in 2016. The character was so popular she was soon being celebrated as an LGBTQ+ icon. That led to people learning about her at Magrin’s day job.

That could have been a problem in some countries. But in Brazil, it led to him becoming a brand ambassador and the head of American Airlines Brazil’s newly launched diversity committee. “I’ve been invited to speak at all kinds of events in the name of American Airlines,” he says. Despite the avowed homophobia of far-right President Jair Bolsonaro, who arrived in power last year, corporations in Brazil are keen to show their tolerance, says Magrin.