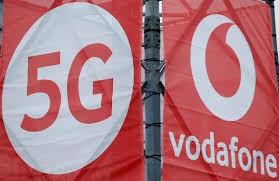 Vodafone Idea Ltd said yesterday it was assessing how much it would pay the Indian government as part of dues owed and said it proposed making a payment in the next few days. India ordered mobile carriers on Friday to immediately pay billions of dollars in dues after the Supreme Court threatened the companies and officials with contempt proceedings for failing to implement an earlier ruling.

The move threatens the survival of Vodafone Idea, a joint venture between Britain’s Vodafone Group Plc and India’s Idea Cellular, as the unit is saddled with about $3.9 billion in overdue payments.

Vodafone did not give details of the amount it was likely to pay. Underscoring its vulnerability, the company said its ability to continue essentially hinged on the Supreme Court granting it permission to discuss issues like timelines for payments with the government.

Vodafone Group has said it has no plans to commit any more equity into India and the Indian telco has clocked losses in the last six quarters due to intense competition. Bharti Airtel said on Friday it would pay 100 billion rupees to the government by Thursday, while it would pay the rest before the next Supreme Court hearing on March 17.