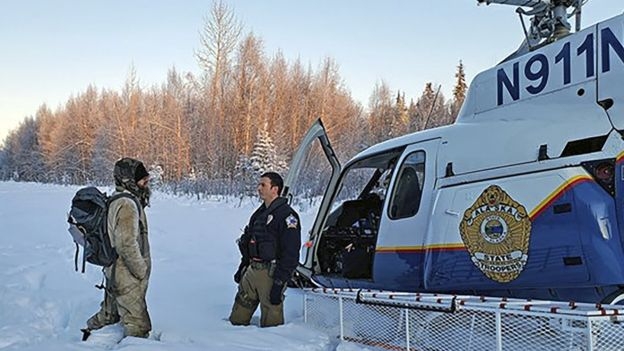 A man has been rescued after surviving more than three weeks in the Alaskan wilderness with little food and shelter.

He lived on canned foods that survived the blaze and made a basic tent out of debris in the sub-zero temperatures.

Authorities only found Mr Steele after concerned family members asked them to check on him.

He had written an SOS message in the snow by the remains of his house, and video released by Alaska State Troopers shows the moment of his rescue.

Police have released their interview with Mr Steele, in which he told the story of his survival and rescue.